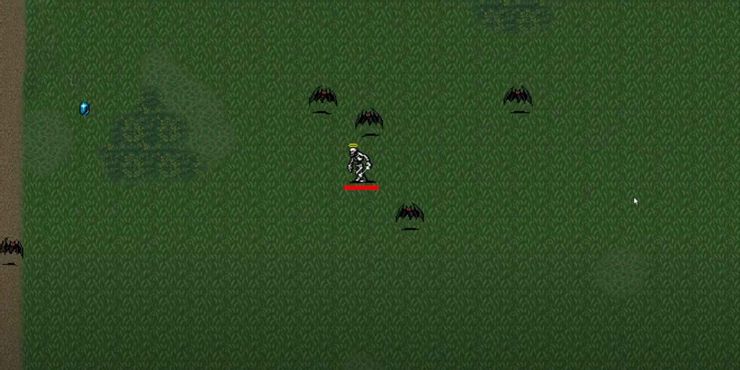 In Vampire Survivors, there is only one move – the weapon fires itself and either randomly targets or hits the nearest enemy. Since this game requires only one hand to play, it is recommended to use the keyboard (WASD). Most of the good vampire survivor players will recommend you to use the keyboard instead of the mouse as it is easier and faster to operate.

Familiarize yourself with the weapon 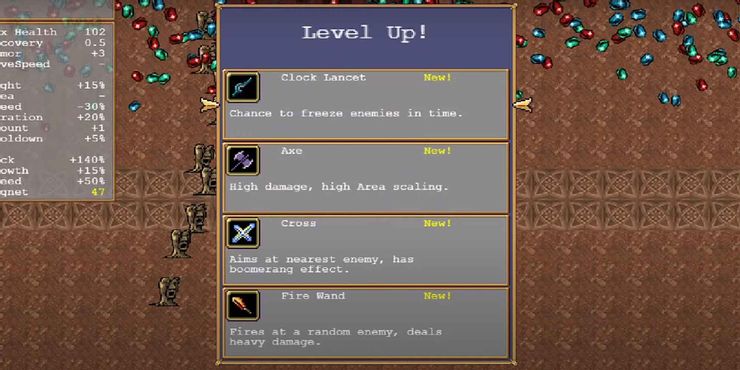 Vampire Survivors has 18 different weapons. If you are new to the game, consider taking the time to learn how to use it or try a number on each game. Don’t trust internet reviews as they may not be true for you

For example, garlic is considered a low-level weapon, but many people prefer it because it suits their fighting style. 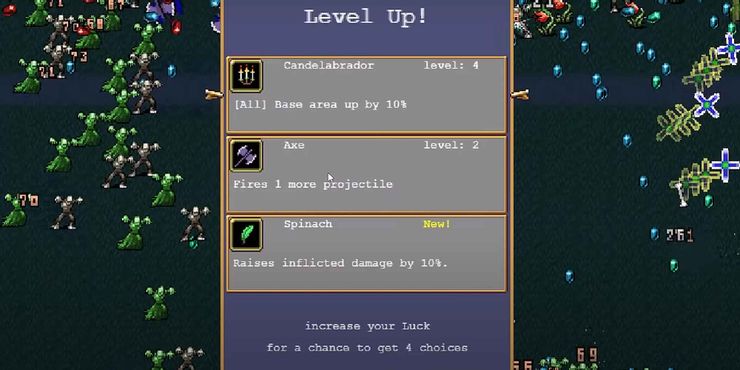 Weapons aren’t the only tools for Vampire Survivor players to think about. The game has many accessories that provide passive functions such as making the character move faster, increasing weapon damage…

Vampire Survivor newbies should try different combinations of weapons and accessories to see which one is the best choice. For example, the King Bible weapon is especially powerful when combined with the Empty Tome and Spellbinder accessories. Also, Vampire Survivor accessories are used to upgrade some weapons.

Vampire Survivors offers you to choose from 9 characters and a secret character can be unlocked through the main menu. Initially, new players only have access to the Antonio character. As they gradually unlock other characters, they will discover that they have different skills.

It is important to find the right time to use each letter. For example, those who want to gain experience quickly should use Imelda Bellpage. Who wants a weapon that shoots a lot of balls, choose Gennaro Belpaese or Mortacciu.

Each character has their own starting weapon. Therefore, make sure to plan carefully for each turn as the weapon’s usefulness depends on the selected stage. 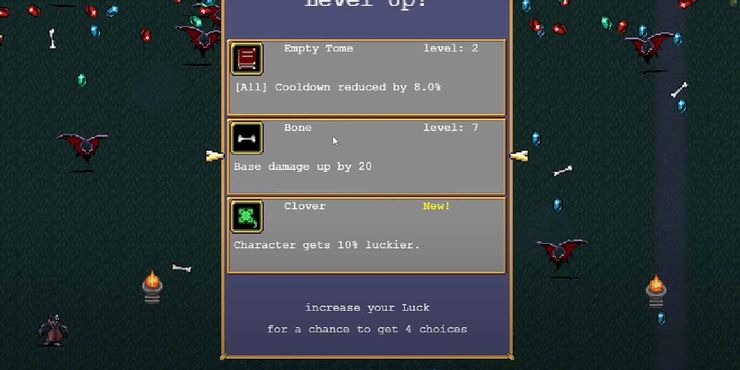 The description of the fate of the vampire survivors is somewhat ambiguous. Many newbies often feel that this only gives them 4 options when leveling. However, luck affects more aspects of the game than that.

Higher luck increases the player’s chance of getting better treasure boxes. Also, it also improves the quality of items dropped when destroying a brazier. The chance to deal critical damage also increases the Luck stat.

Recommended
Summary of giftcodes and how to enter codes for Kuu Mong Tien domains
Roblox: How to Enter Gift Codes and Lucky Simulator Codes