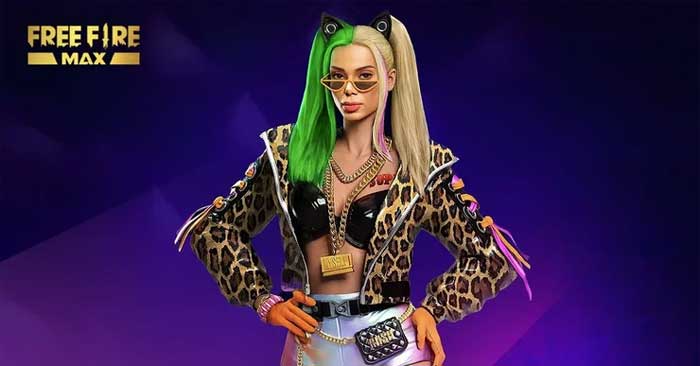 Currently, this character is only available on Brazilian servers. Anita’s name in the game is A-Patroa. The name may change when the English server is launched globally. Players can get this character as a free login bonus between July 2nd and July 3rd

Unlike other Free Fire characters, who have their own release abilities, Anita has no special abilities. He only has 4 skill slots that the player can put any ability to create an attack combo. Basically, Anitta is like a “background” character that lets you use a character’s active ability without actually using that character.

Of course, at the moment, Free Fire OB35 is still in the beta stage, so in the official version, Anitta’s skills may change.

Every character in Free Fire has their own special pack and A-Patroa is no exception. The Sound Crafter Pack is also offered for free as part of the top-up event. The package is very nice with the Harley Quinn style dress. Spend only on buying diamonds. 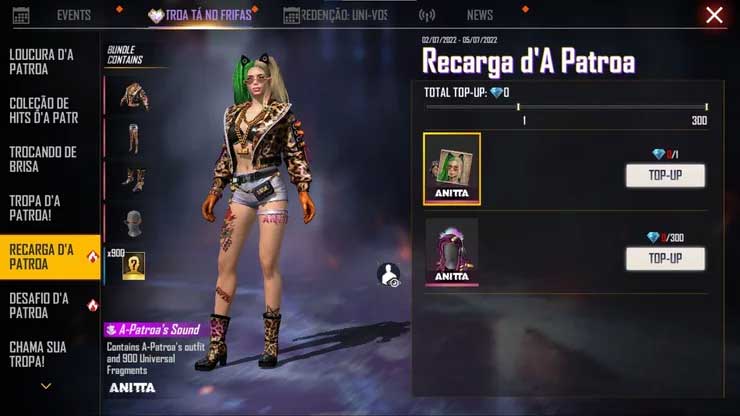 Additionally, Free Fire has a free Twerk emote available along with some gun skins. Maybe Global Server has a similar offer.

Anitta in Free Fire is designed after a famous Brazilian singer, composer, actor, dancer, entrepreneur and MC. I promise to bring many interesting surprises for FF fans in the OB35 update.

Recommended
Tap into the world of life: How to find recipes and ingredients
Genshin Impact Shikanoin Heizou Hangout: How to Unlock All 5 Endings